Members were tasked with upcycling or repurposing items for this year's challenge. Since we have been unable to meet, the photos and descriptions are being posted here.

Many years ago Annie started knitting a bedspread from her handspun yarn. It lay in a box unfinished for more years than she could remember. When the guild challenge came along she decided it was the perfect opportinity to do something with this unfinished object. 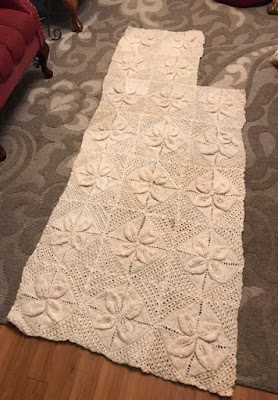 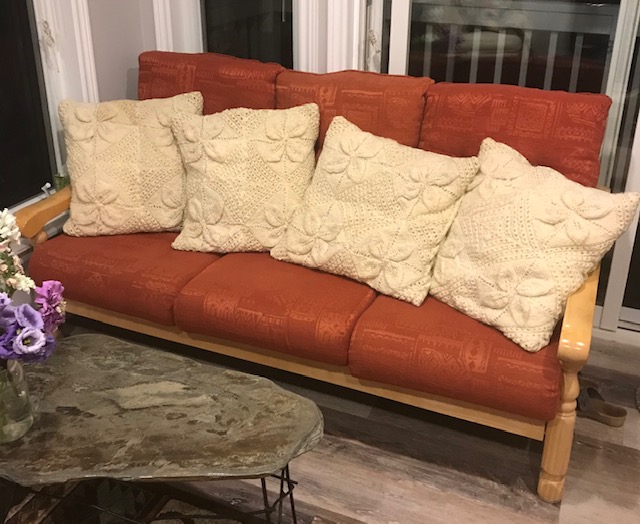 Carol Ann used up some of the thrums that she kept saving from her woven projects. She wove hot pads using the thrums from the napkins that were woven to celebrate the Shuttlebug 40th Anniversary. 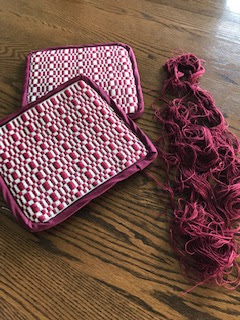 Dini wove this tote from Tweed and Hickory bags from a former shop in Port Perry. The organizer is made from old jeans and the plaid is left-over fabric from a shirt. 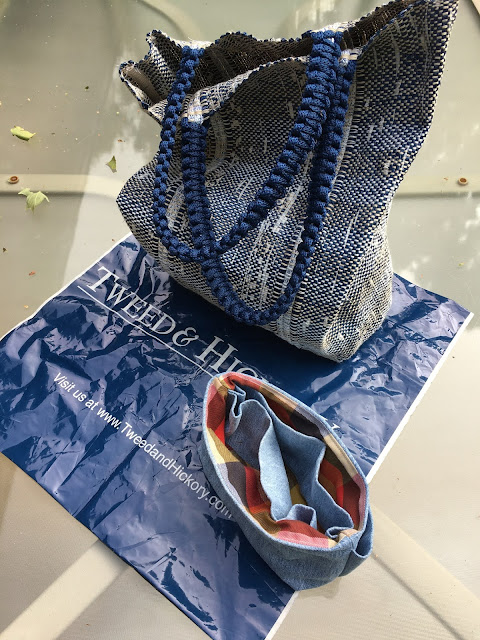 Gayle made a small pouch from her husband's favourite leather jacket that he had bought on their first trip to Las Vegas in 1980. It is 6.5" square. The jacket has a story: they visited Las Vegas in December and because of reputed high temperatures, her husband didn't bring a jacket. It snowed which made for a very cold walk to the Liberace Museum, only a short distance away from their hotel. They then visited Abercrombie & Fitch and purchased the jacket which happened to be on sale. Great memories! 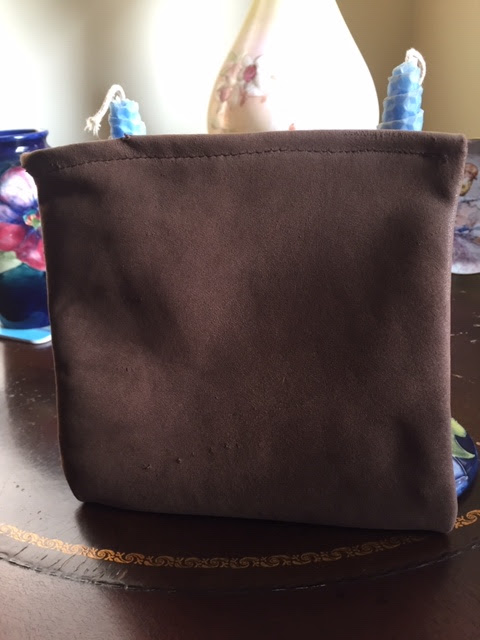 Ulla had many of her  mother's old sheets upon which she had done a lot of embroidery. She framed this piece which she had touched up with some green paint. 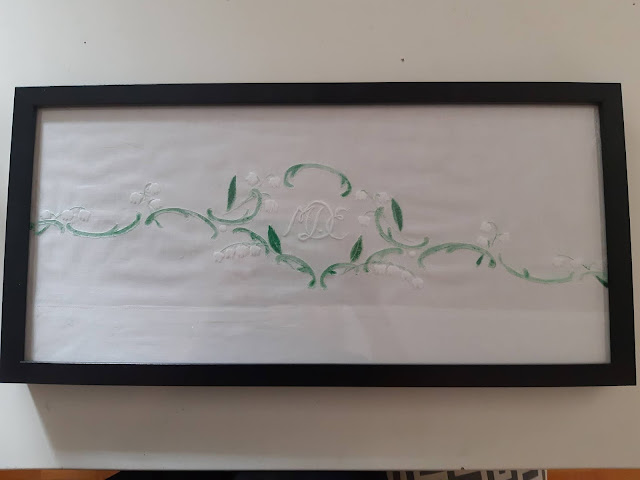 Rosemary felted a reather garish-looking wool sweater and made it into a hat. It is nice and warm and comfortable. 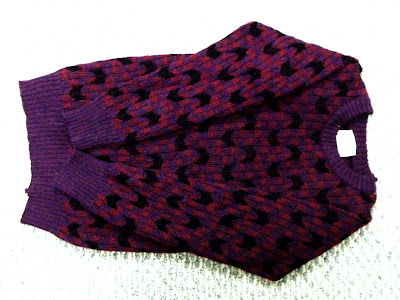 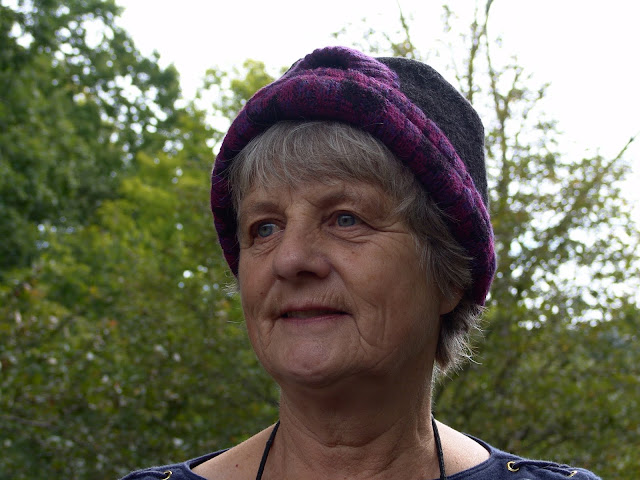 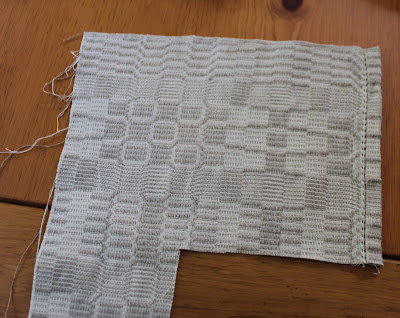 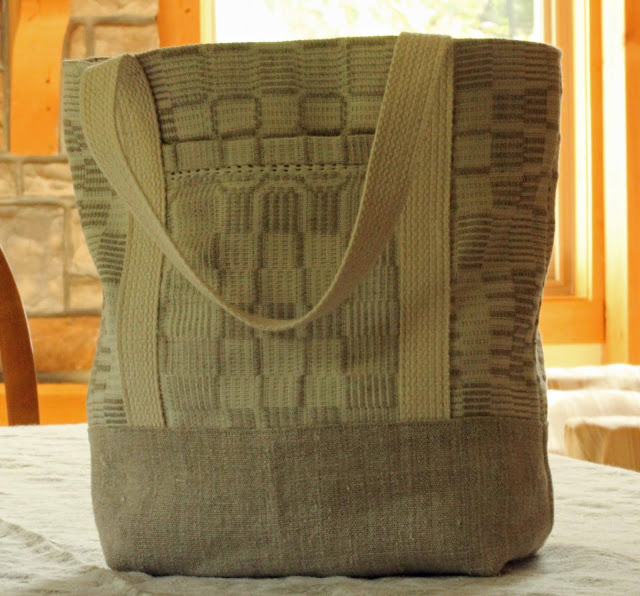 Christine started off with an overshot sampler she made in one of Jetta's workshops. An old sheet was used to line the pockets for her brushes and paints. She still wants to make the cord to wrap it all up. 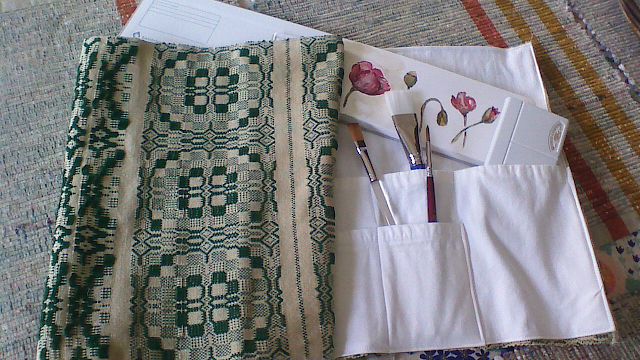 These 2-handed woven oven mitts used to be tea towels. Judy P designed the mitts using a hand woven towel at least 25 inches long, some heat resistant batting, and seam binding which she made herself. Her sister-in-law has a blind friend who likes to cook and can never find both pot holders. She finds these solve the problem. She uses hers all the time. 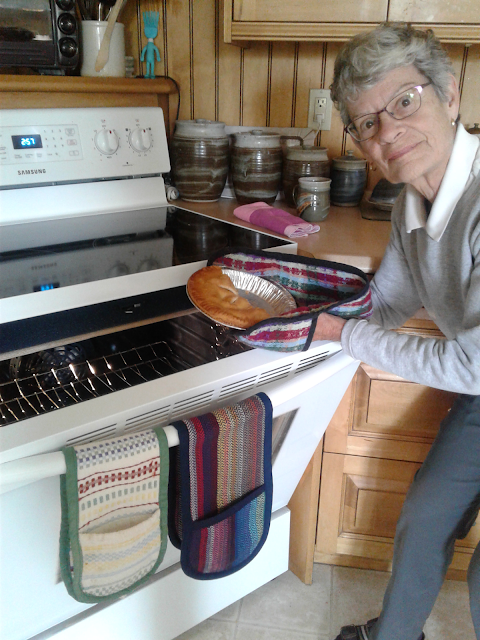 Gini used this collection of materials as her inspiration. The birch bark was peeled from a piece of cut firewood. 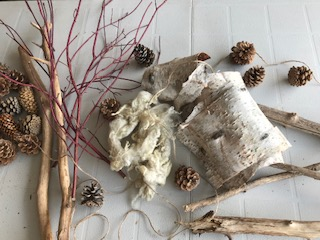 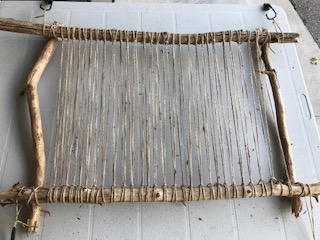 The final product. The light green was some cotton she had in her stash. The cream and yellow was wool yarn from a friend's stash - given to her years ago. 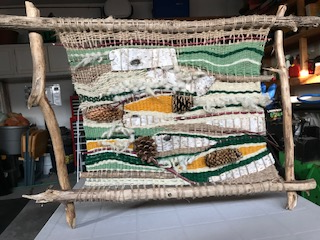 Eleanor took apart two types of sheer curtains to make produce bags. They took ages to take apart with all the ruffles and a lot of ironing to get out all the creases. 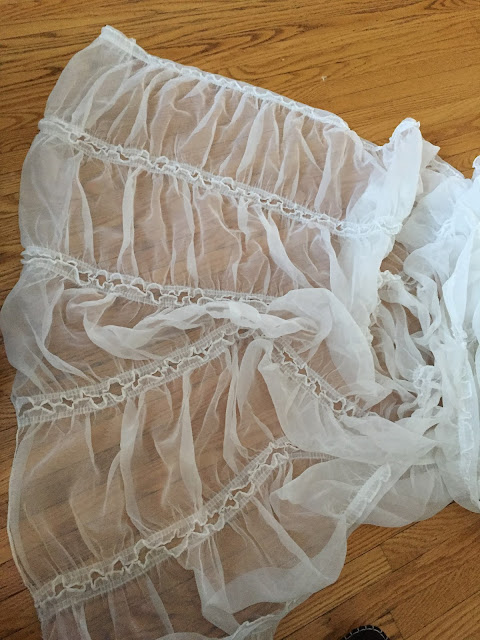 On this design she used pieces of cotton pyjama bottoms and thrums from a cotton rug warp to crochet the draw strings. 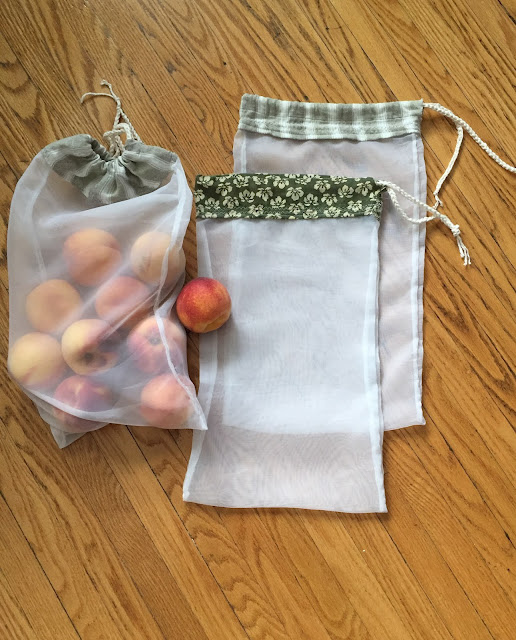 She made different sizes. One of her daughters got all of the very large ones for her farmer's market shopping for apples, potatoes, onions, etc. 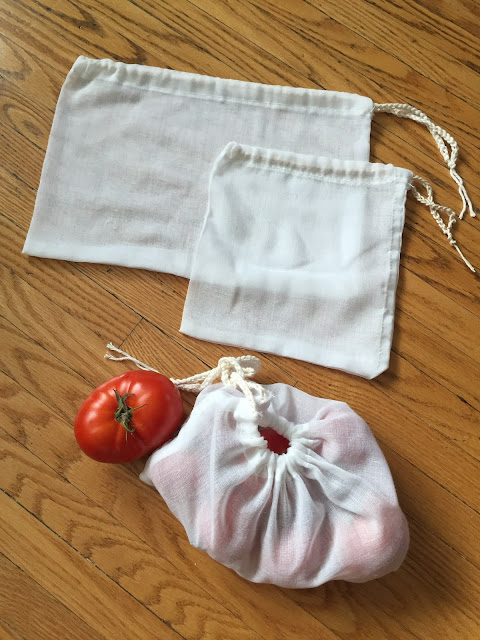 Valerie repurposed a clamshell container normally used to display fruit or salad in the grocery store. 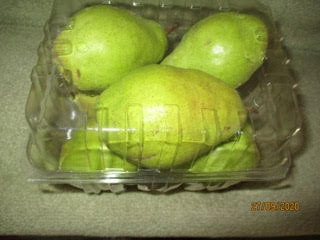 When knitting with one of more colours, just string one of each yarn in a ventilation hole in the lid. Your yarn is contained and won't tangle and the balls won't roll around as you knit. 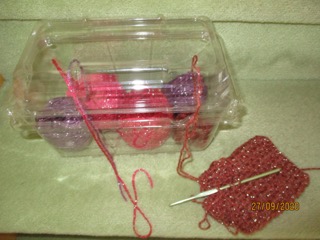 This group has been meeting regularly since 1975.
Guild meetings are the second Wednesday of the month, from 1pm to 3pm, at the Greenwood Community Centre, 3551 Greenwood Road, Greenwood ON (click on the link for a map)
Informal meetings for the purpose of weaving projects occur on Mondays at 10am at the community centre.
Additionally, spinners meet on the last Friday of the month. Doors open at 10am. Bring your lunch.