Carol Ann entered several of her creations in the Markham Fair. 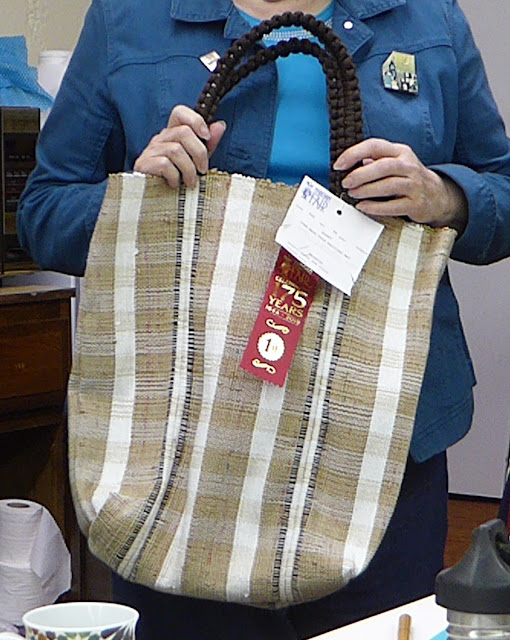 as did her bookmark. 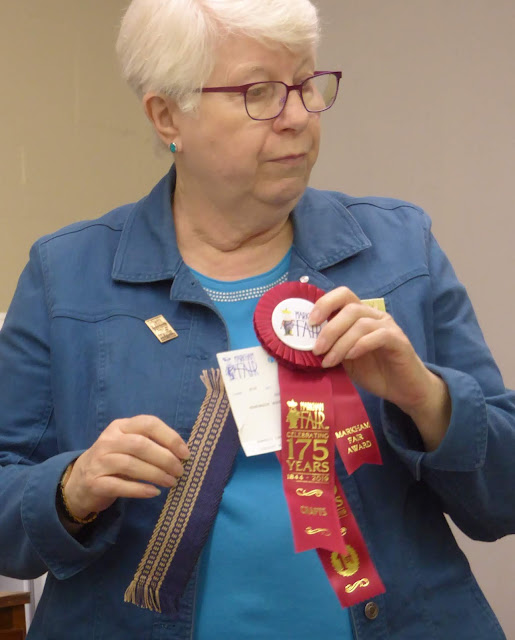 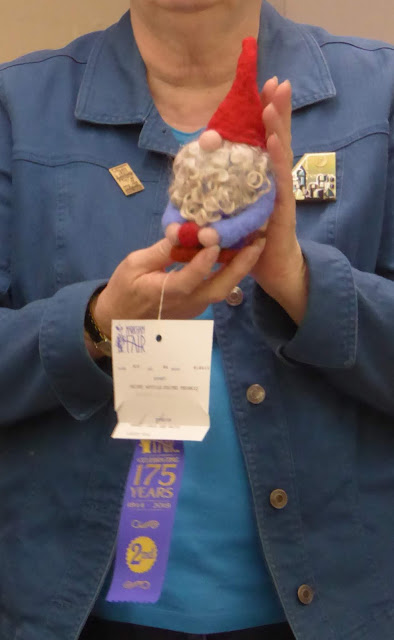 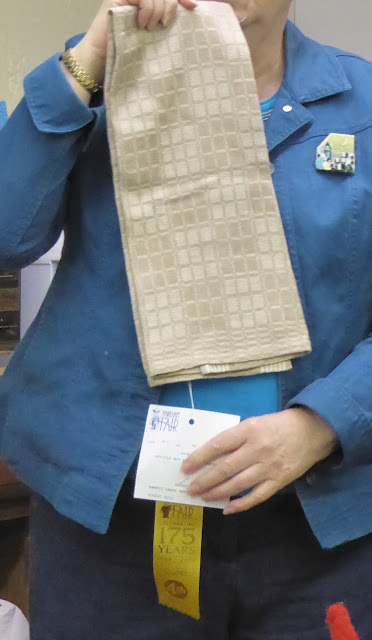 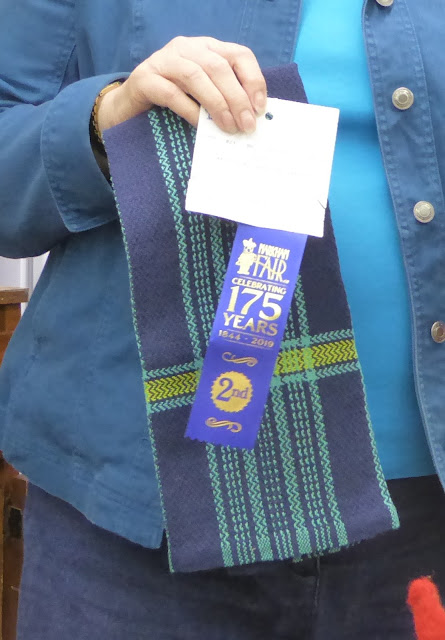 Jo brought in the apron she made when she was 9. 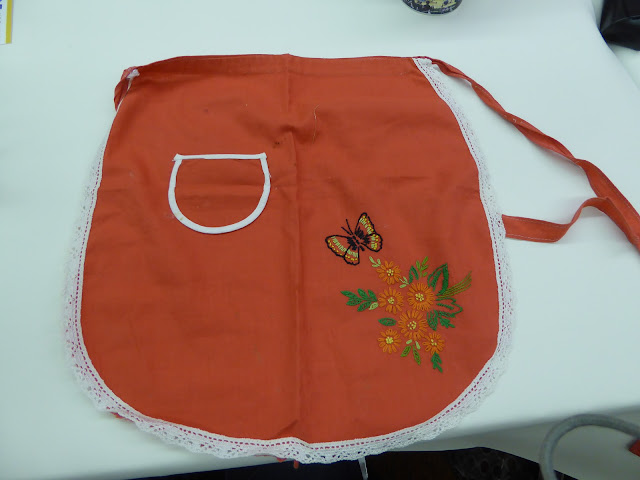 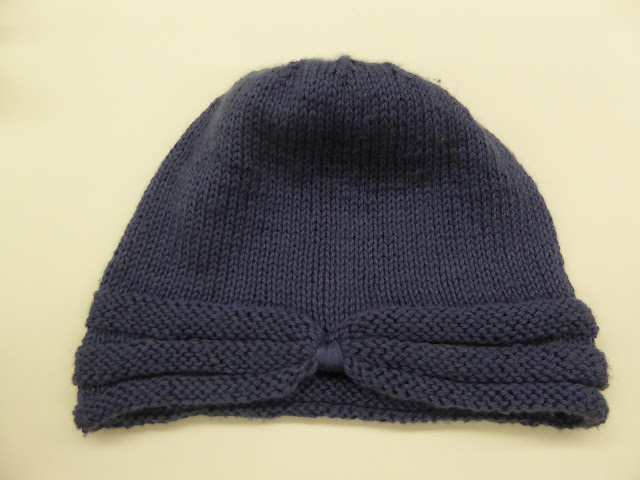 She also showed off her framed 'Cinnamon Stars' cross-stitch piece. It was stitched with hand-dyed threads - one strand over two stitches on 36 count fabric (18 sts per inch) and embellished with a pumpkin button. 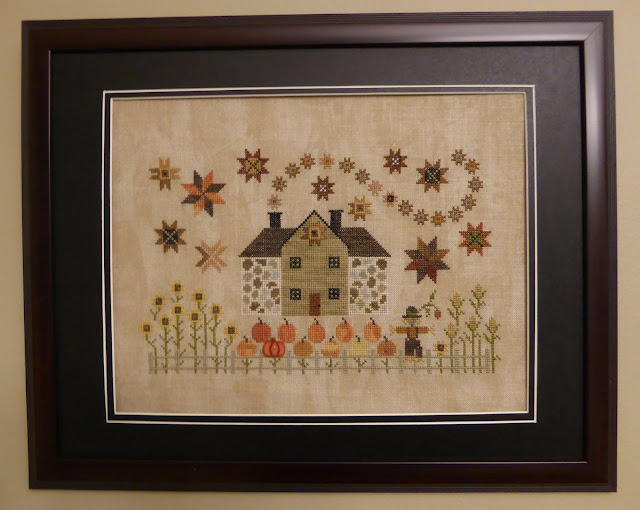 Dini then lead a workshop where we made a macramé wreath ornament. 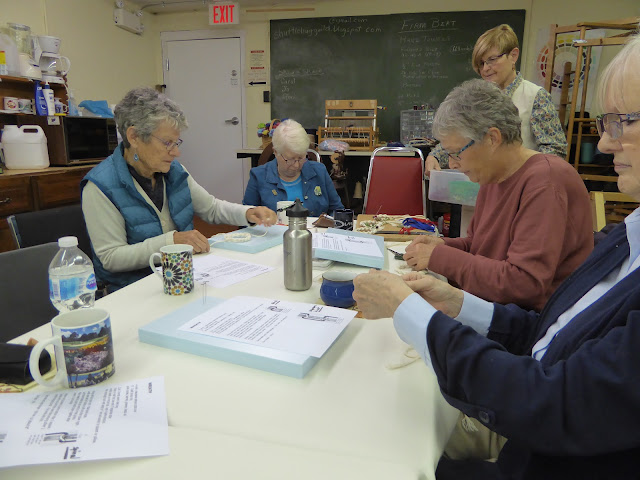 It involved tying spiraling knots on a small metal ring. Then it was embellished with some mistletoe greenery, red berries, and some glued on a wee pine cone. 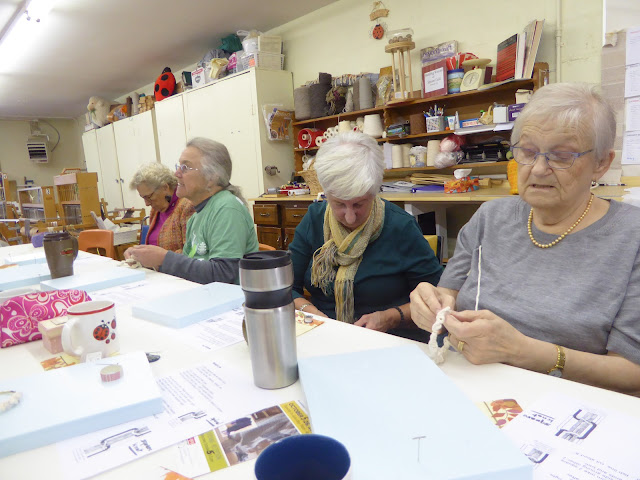 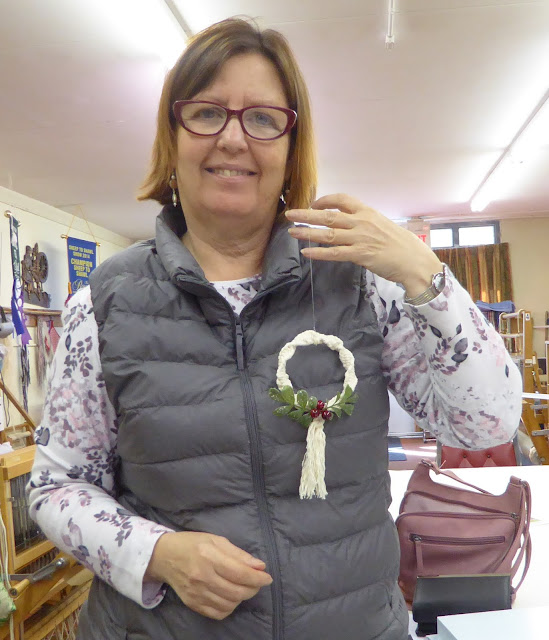 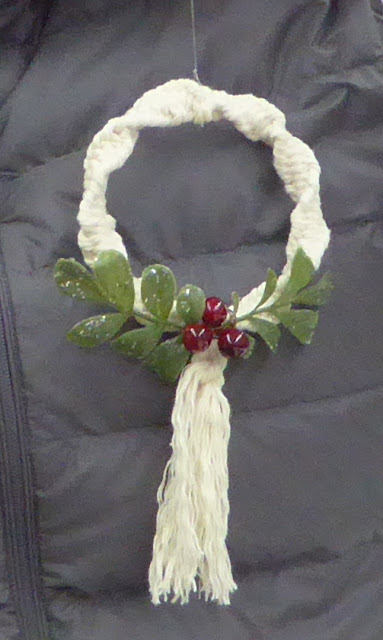 Our next meeting is our Christmas potluck which will be held at our meeting place in Greenwood.
Posted by Shuttlebug Handweaving and Spinning Guild

This group has been meeting regularly since 1975.
Guild meetings are the second Wednesday of the month, from 1pm to 3pm, at the Greenwood Community Centre, 3551 Greenwood Road, Greenwood ON (click on the link for a map)
Informal meetings for the purpose of weaving projects occur on Mondays at 10am at the community centre.
Additionally, spinners meet on the last Friday of the month. Doors open at 10am. Bring your lunch.